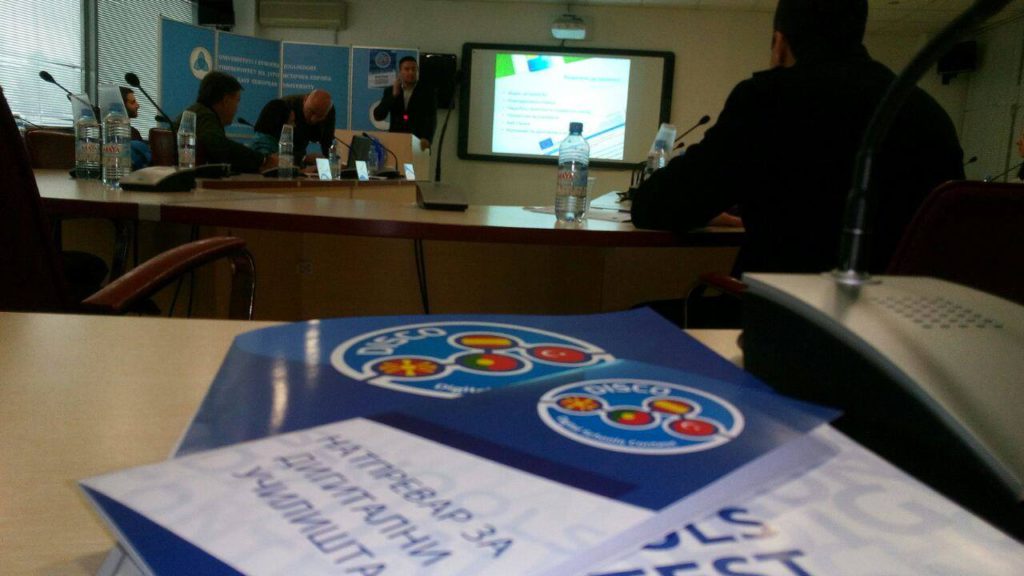 Successful dissemination of the “Digital School Contest”. At the Southeast Europe University on 27.12.2016 a conference was held, entitled “ICT in Education”. This conference was attended by representatives of schools, NGOs and education entities. It was opened by State Counsellor at the Ministry of Education and Science, Ms Natasha Janevska. The results of the project were presented from the period of one year of implementation. A contest for digital schools was announced, which will start from January 2017.